Robert Neumark-Jones, an up and coming actor, writer and director asked me to design his business card. After a few boring starts, I developed a graphic for Robert that had more resonance than I first imagined.

Knowing that Robert’s mum is a huge Bob Dylan Fan, I did a riff from Milton Glaser’s Dylan poster. Using the natural waves in Rob’s hair, I used the curves to create a colorful expression.
Only later was I told that his mum had a dream before he was born in which Bob Dylan told her that she would have a curly-haired boy and name him “Robert” after Dylan. 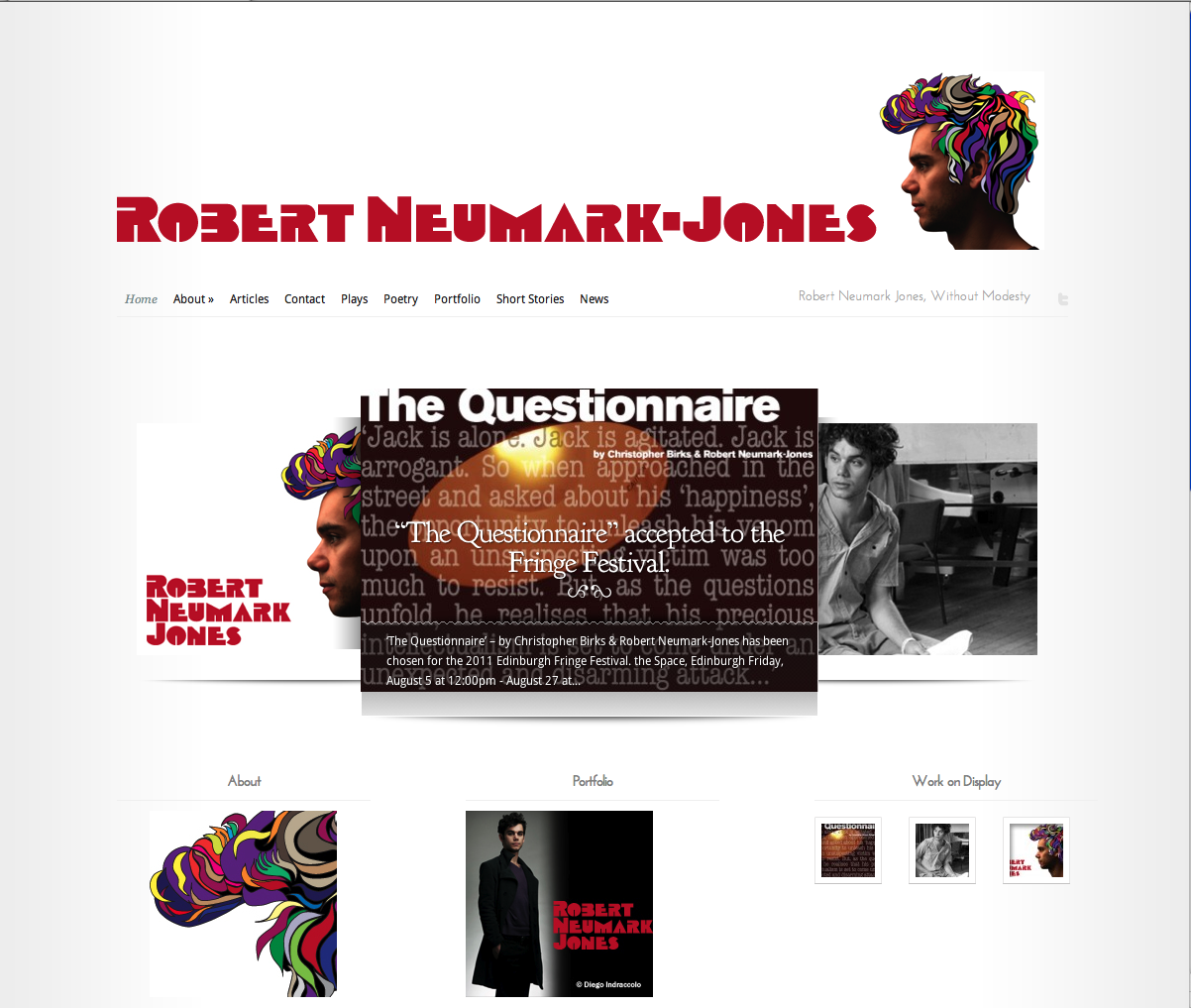 Robert had a wide range of needs for his website. He writes, acts and directs and has occasionally done some modeling. The site was built on in WordPress, adapting Modesty, by Elegant Themes.
Though it was rather complicated to set up, the format allows for changing, adding or subtracting media as needed.