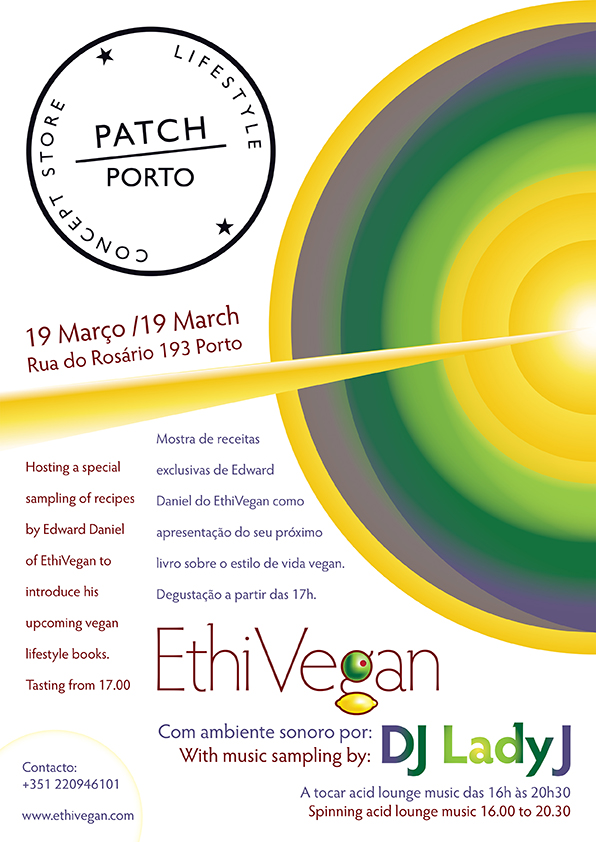 For Edward Daniel’s first EthiVegan event, he did what great performers do—opened out of town. He provided the nibbles for a gallery opening at Patch in Porto, Portugal.

I designed posters, postcards, web/social media banners, etc., and managed to produce aprons and carrier bags with the EthiVegan logo. Edward’s biggest surprise was meeting a fan of his blog.

Design for poster in English and Portuguese. 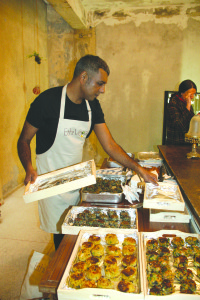